Fenda was presented at Sucking Reality exhibition, during Fuso 2011. It displays images of a difficult access to an opening with an interior cliff, reaching twenty-seven meters deep, located in the Serra da Arrábida mountain. At its base, there are only a few elements of a primordial Mediterranean vegetation, with no trace of human action, and large stones. The twenty-two minutes video-installation consists of a vertical surface of plywood, half-open on the pavement, seeking to reference its natural origin. The images, continuous and apparently moving forward, are in fact an assembly of the record into and out of the opening.
—
Exhibitions: Sucking Reality, FUSO - Anual de Vídeo Arte International de Lisbon, BES Arte & Finance, Lisbon, Portugal, 2011, Curated by Hugo Barata.
Research place: Serra da Arrábida, 2011. 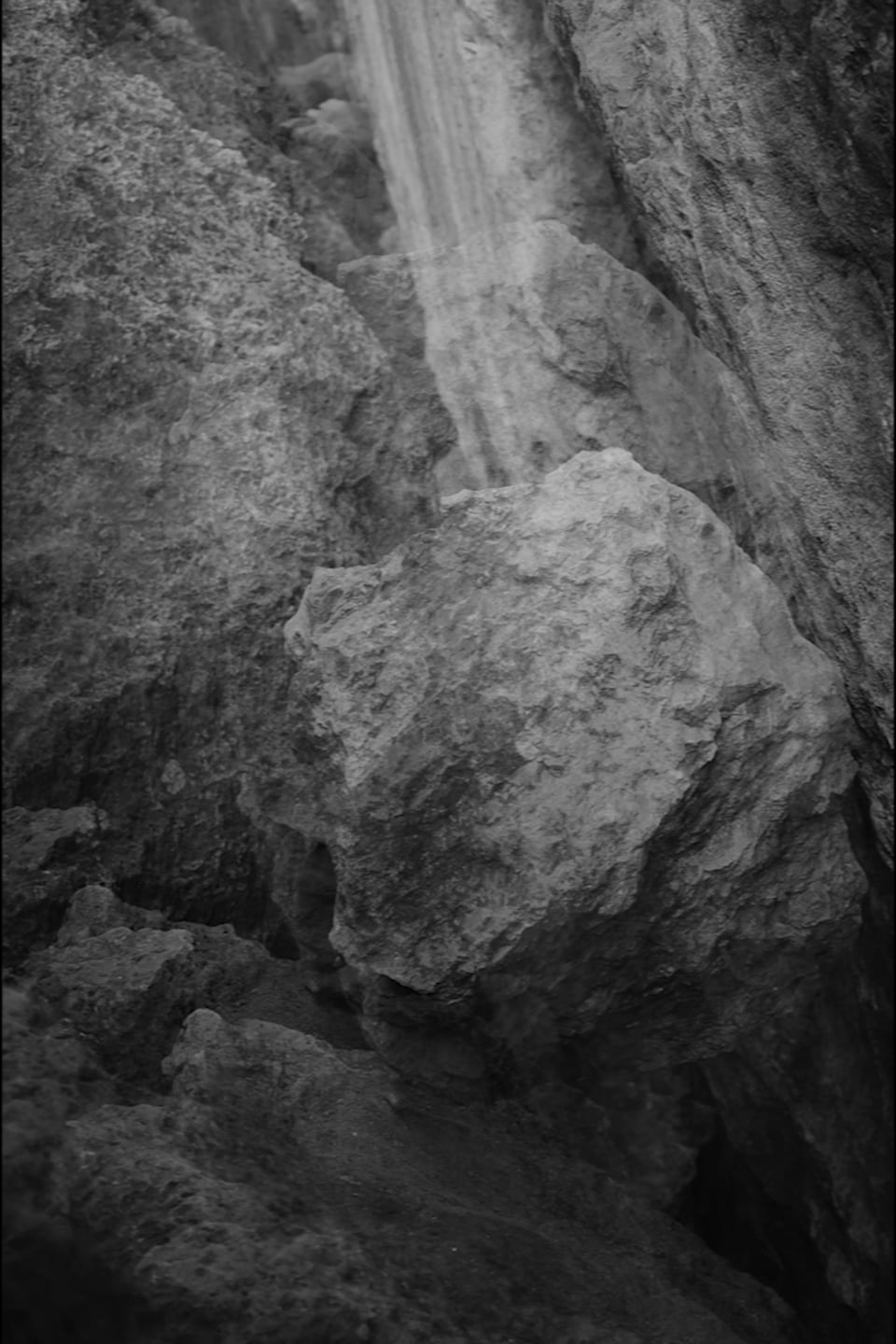