The film Laje Branca is a unique take of two cameras covering 180º of opposite cardinal directions of an island. The island is a white, rocky and bare slab, surrounded in the distance by a mountainous landscape. A man walks on the edge of his outer perimeter. Its advance and the cadence of the sea waves are the only two moving elements in a deeply static scenario. Its course is elliptical and reveals a volumetric aspect in the rock formation, which suggests a suspension. 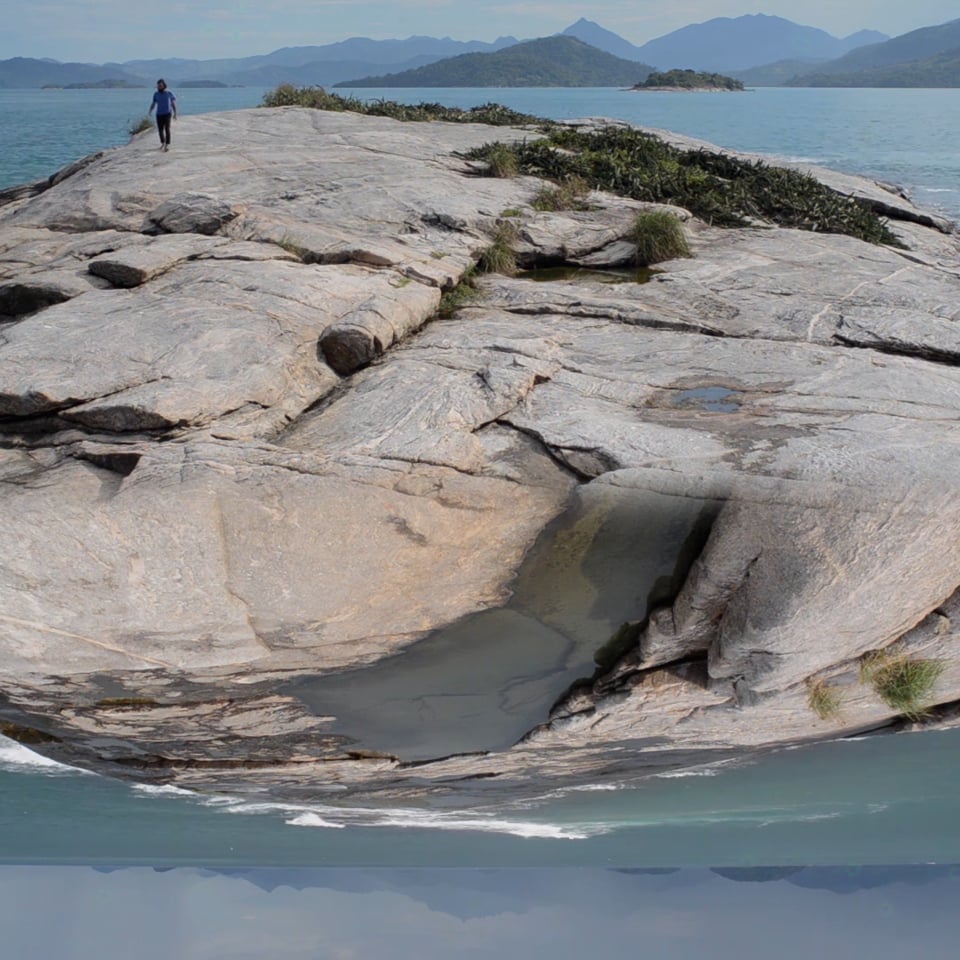